A Session Border Controller (SBC) is a network element used to protect SIP-based VoIP networks. As with all technologies, VoIP (Voice over Internet Protocol) or Voice over New Radio (VoNR) telephony is associated with a number of challenges, including in particular the security of the IP telephony infrastructure.

As many communications service providers move completely from analog or ISDN to VoIP over the next few years, companies will need to establish SBCs to protect their networks. Basically, you can think of SBCs as a firewall for your VoIP telephone system or VoIP voice portal.

While there are many aspects to maintaining VoIP security, one of the most important steps in ensuring security in your VoIP network is to use a Session Border Controller. SBCs provide security features to protect the network and other devices from threats such as malicious attacks such as a Denial of Service (DoS) or DDoS. They also prevent billing fraud via fraudulent media streams and malformed packets.

In many cases, the SBC hides the network topology and protects the service provider or the company's packet networks. The SBC terminates an incoming call and initiates the second call segment to the destination subscriber. In technical terms, this defines a back-to-back user agent (B2BUA) when used with the SIP protocol. This behavior causes not only signaling traffic but also media traffic (voice, video) to be controlled by the SBC, they also control the encryption of the signaling (via TLS and IPSec) and the media (SRTP).

You have two options to protect your VoIP networks:

The decision for or against an SBC provided by the telephony provider depends on the IT know-how of your company and the desired level of control.

... and a personal consultation 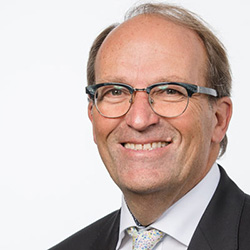